Illinois Governor JB Pritzker reiterated on Thursday that with the move, the next metrics calendar will restart on Friday and will run with the same 28 day analysis to see which regions can move to Phase 4, potentially as early as June 26.

Back in May, Governor Pritzker announced that in the fourth phase, "revitalization," the rate of infection among those tested and the number of patients admitted to the hospital would need to continue to decline.

All gatherings of up to 50 people would be allowed and additionally, travel, child care and schools reopen under guidance from the Illinois Department of Public Health. Face coverings and social distancing remain through phase four.

Many in-person church gatherings won't be allowed until Phase 4. The IDPH released specific church guidance on Thursday, which essentially re-iterates that currently, gatherings of 10 or less are permitted and remote or drive-in services are recommended. Drive-in services could have larger congregate numbers with congregants remaining in their vehicles at all times. 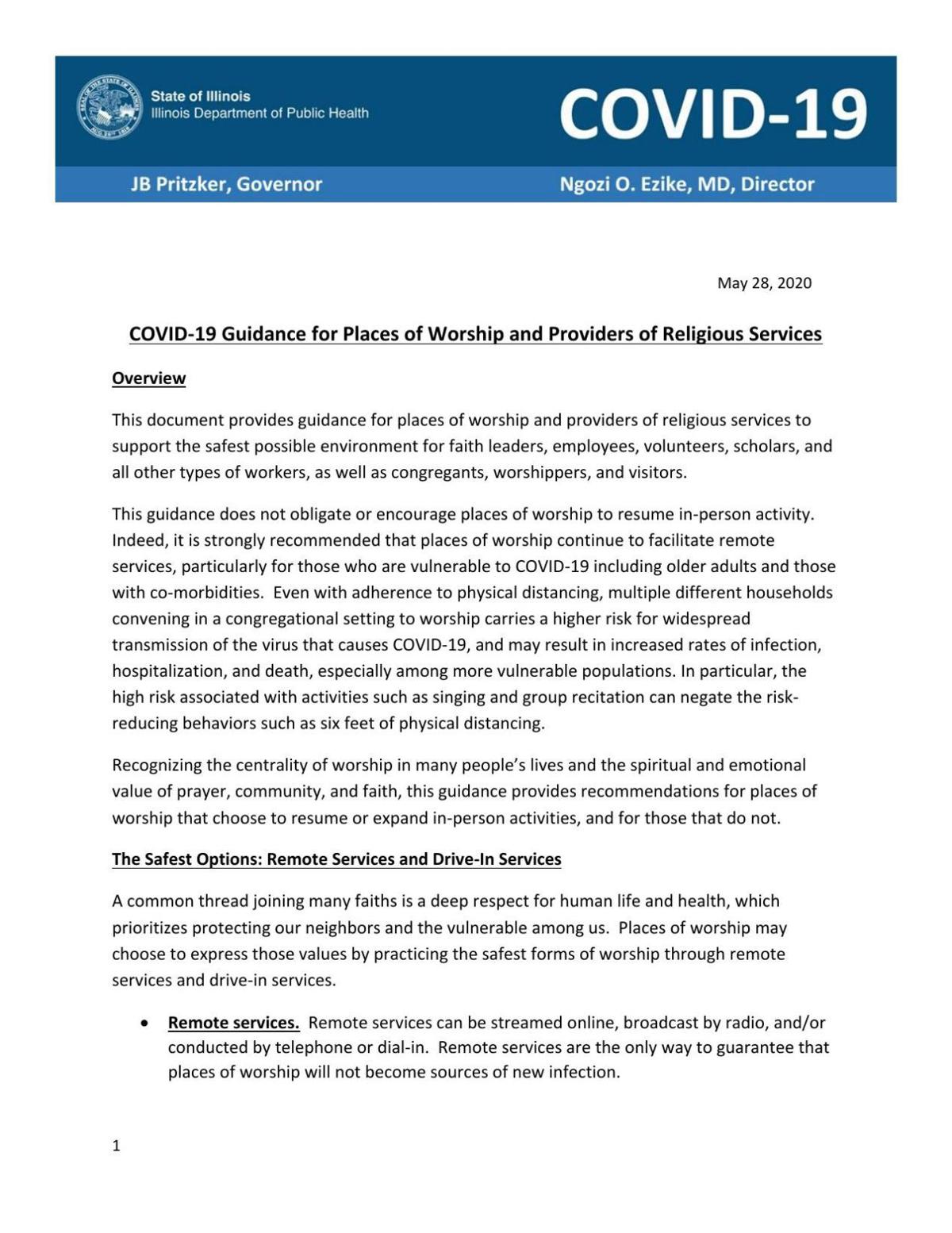 ​44 percent of COVID-19 patients who have died were from long term care facilities.

In regard to local COVID-19 numbers, 12 additional coronavirus cases were reported on Thursday in Kendall County.

The Kendall County Health Department is reporting a total of 781 cases.

Seventeen additional cases were reported as being "in-recovery" or asymptomatic for 72 hours. That makes up a total of 417 cases or about 53 percent of the overall case total.

COVID-19 deaths remain at 22, seven of which have had additional complex conditions.

The health department reports that 78 percent of the county's total cases have had no additional complex conditions reported. 2.8 percent of the total amount are deceased, 42.4 percent of continuing cases are at home and 1.0 percent are in the hospital.

In surrounding counties, our sister station WLBK in DeKalb County reports that a resident with COVID-19 at Pine Acres Rehab and Living Center in DeKalb has died and 31 more staff and residents at the long-term care facility have now tested positive for the virus.

Pine Acres reported on Thursday that a resident in their 70s died from complications of COVID-19.

All residents and staff of the facility have now been tested, and a total of 40 have tested positive. 31 more than Wednesday.

Of the total, 31 are residents and nine are staff members.

Pine Acres officials say residents are being monitored closely and guidance from the DeKalb County and state public health departments are being followed.

The county health department on Thursday also reported 36 new confirmed cases of COVID-19. All but five are from Pine Acres. The county’s total is now 388 cases.

In LaSalle County, one additional case was reported for a total of 143 cases.

The seven-day rolling average positive rate continues to drop and it was tallied between May 21–May 27 at 8.3 percent.