In line with the tune that has been sung for months, House Republican leadership, on Monday, said they want to remove what is called the "Fair Tax Amendment" from ballots in November.

Illinois Governor JB Pritzker's proposal to have voters decide on a graduated income tax was approved by the legislature in 2019. On Monday, House Republican Leader Jim Durkin filed a resolution to withdraw the amendment from the ballot, arguing that amid a world wide pandemic, it is the "worst time possible" to enact, "another large income tax that would severely damage Illinois residents and small businesses….all to fulfill a campaign promise from the governor."

But Governor Pritzker has argued that the graduated or "progressive" income tax may be needed now more than ever. In April, Pritzker announced that with short term borrowing to bridge through the COVID-19 crisis, the total shortfall for the state's FY21 budget is $6.2 billion compared with what the Governor said was his balanced budget proposal from February.

Gov. Pritzker said the shortfall could be larger, pending the passage of the statewide ballot question in November.

Pritzker, some lawmakers and public employee unions have been proponents of the graduated tax while others in the state legislature and other public groups have been against.

The legislature reconvenes on Wednesday where a state budget and pandemic related items are expected to be discussed.

Meanwhile, local legislators in the House Republican Caucus signed a letter this week to Governor Pritzker asking for more response and discussion in relation to mental health.

The letter asked the Governor to consider the, "devastating effects that ongoing social isolation is having on the mental and long-term health of individuals and families."

While not affiliated with the Republican letter, local Democratic leaders, like Sen. Linda Holmes, have also encouraged those struggling with stress and anxiety to seek help, specifically in the current situation.

May is Mental Health Awareness Month. 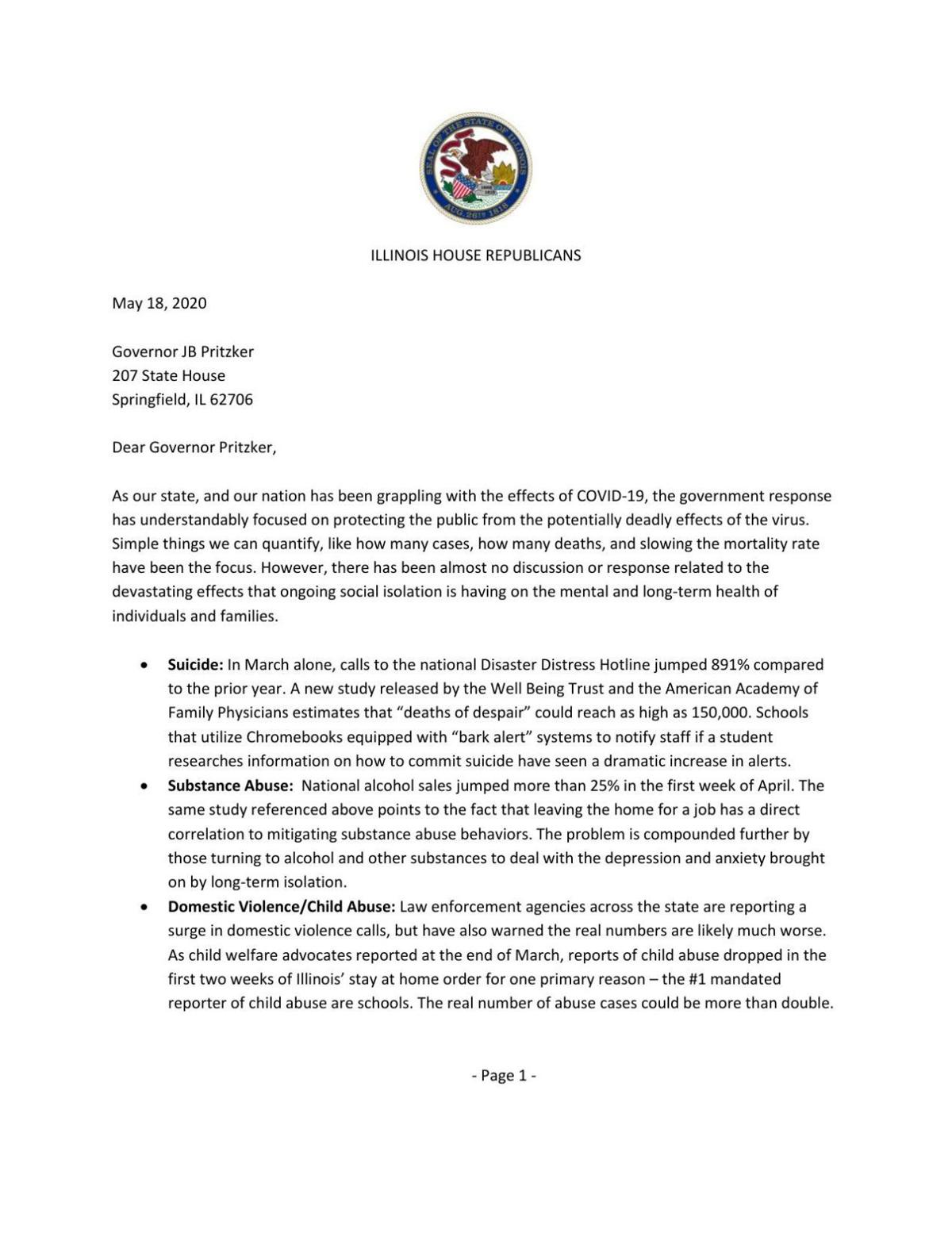