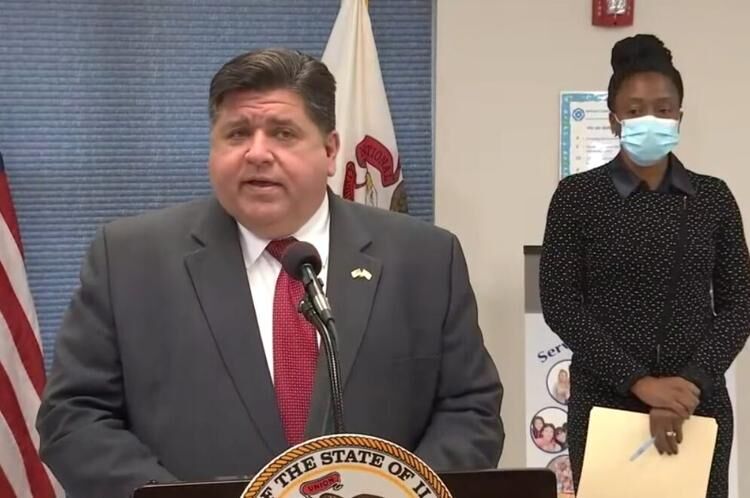 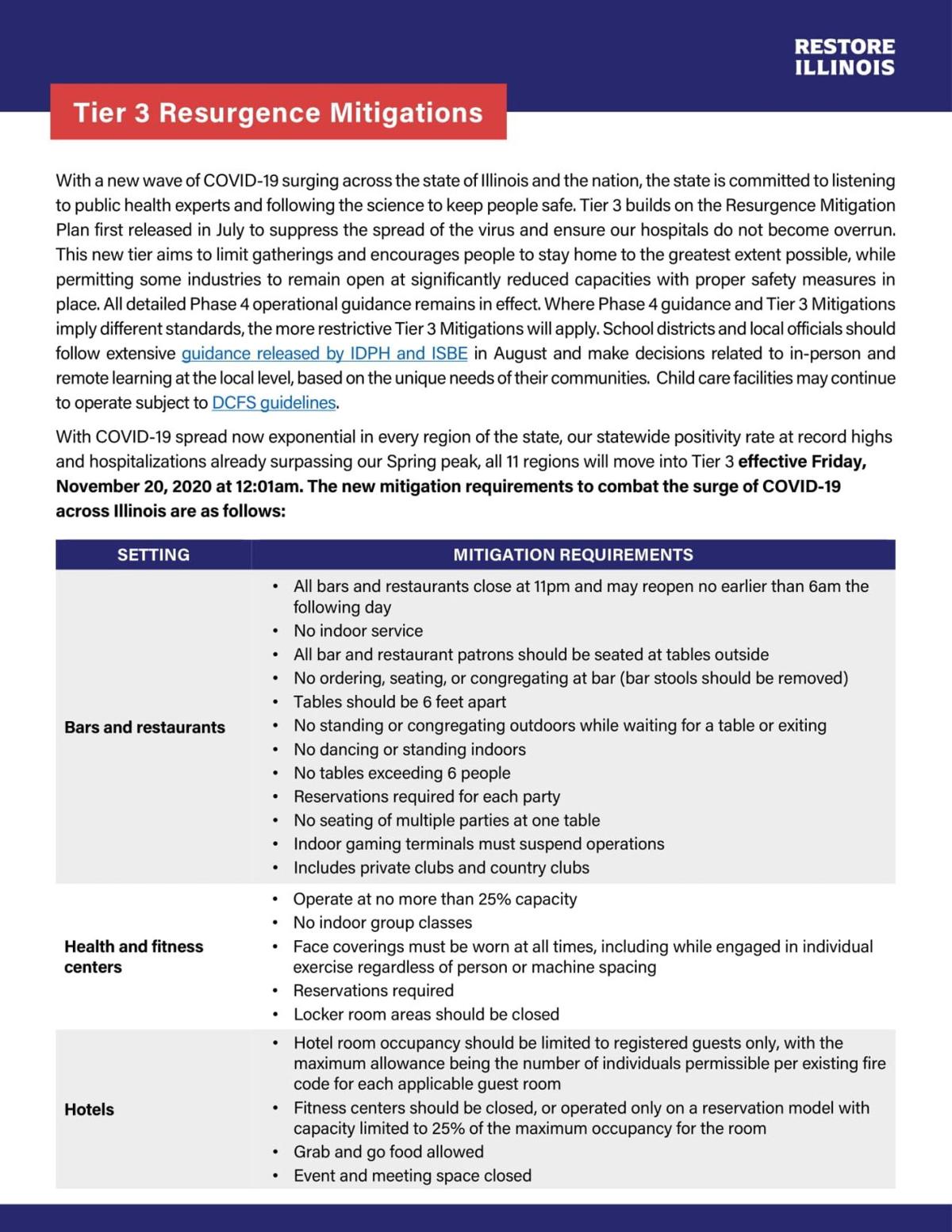 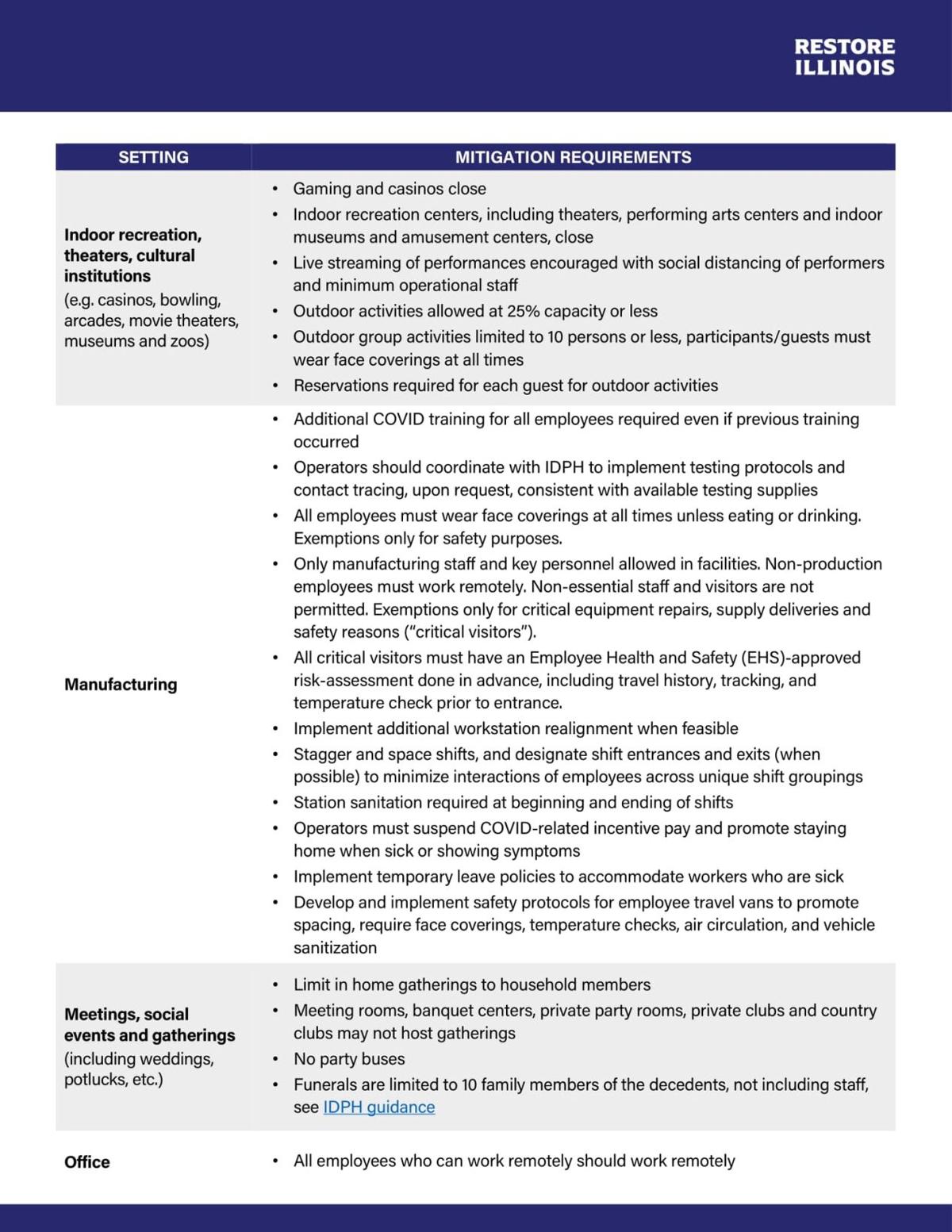 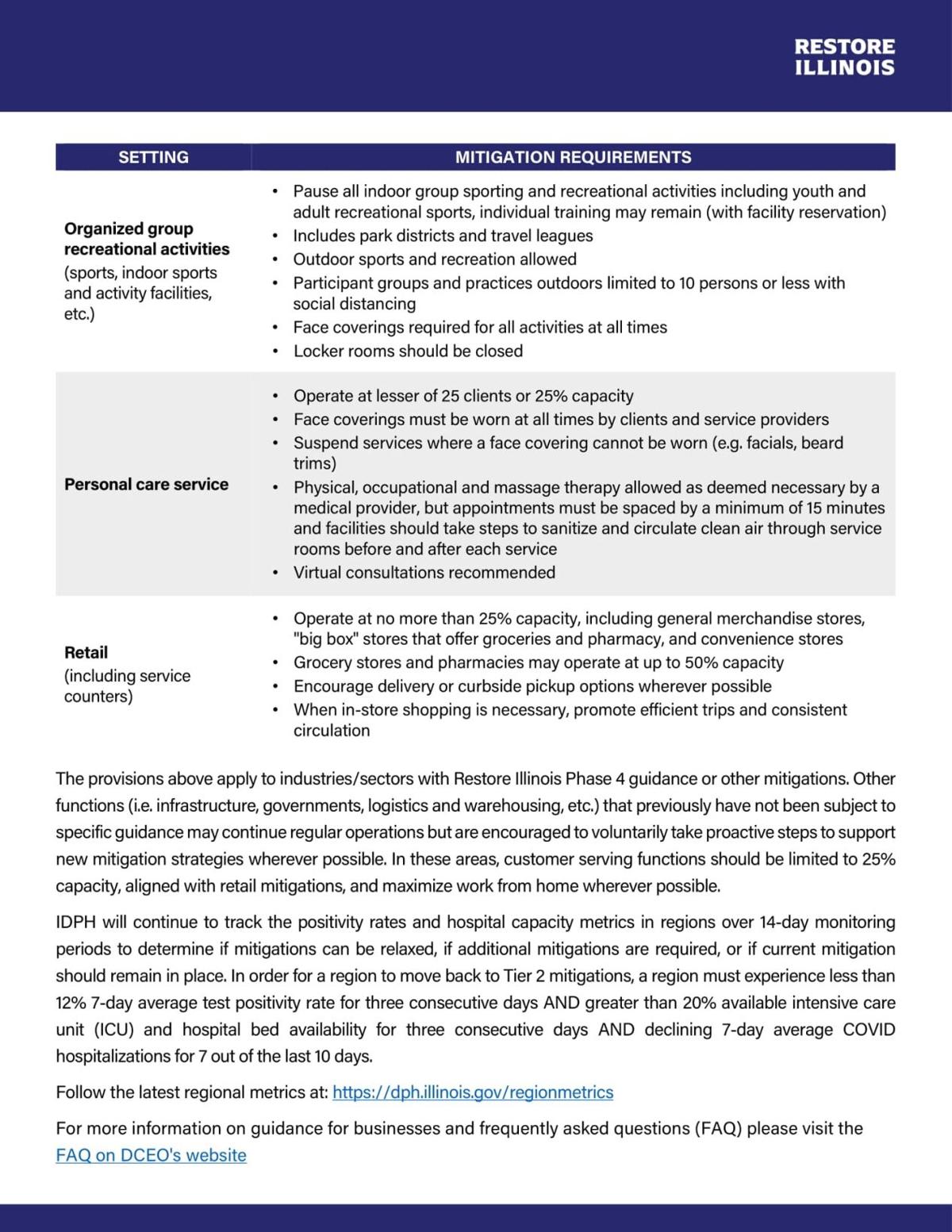 Governor J.B. Pritzker on Tuesday announced phase three mitigation restrictions across Illinois. The new restrictions are set to go into effect on Friday.

New capacity restrictions will affect stores, gyms, and manufacturing companies. Gatherings are also to be limited to household members.

While the new restrictions do not include at stay-at-home order, people are encouraged to stay home as much as possible.

"We are asking you to choose Zoom instead of packing people in room for Thanksgiving," Pritzker said. "Make alterations to your routines now, so that we can be together later."

The governor says current COVID-19 trends have surpassed or met the peak from the spring including in the number of cases in Illinois, the number of hospital beds in use, and the number of deaths.

"Without new interventions projections show between 17,000 and 45,000 additional deaths in Illinois between now and March 1 of 2021, assuming hospitals are able to continue providing optimal care," Pritzker said.

Illinois Department of Public Health Director Dr. Ngoze Ezike says the concern is that hospitals will be too strained with people suffering from COVID-19, the flu, and other ailments to operate.

Governor Pritzker also spoke about a social media photo purportedly showing his high school-age daughter at a Chicago restaurant breaking COVID-19 rules. Pritzker said the photo isn't of his daughter despite its massive spread on social media. Pritzker appealed to people to leave his children, who did not choose their father's public life, out of the political discourse.